Really good business cases for IoT are those situations where we have to do things we don’t like; time for automation! Think for example about vacuum cleaning. If a thing can do the job it would make us (me at least 😉 really happy. Luckily enough we find things like robot vacuum cleaners already on the market. They drive through the house and suck up all that dust, just great!

Would be nice if one day you could share a robot (vacuum) cleaner with a group of people (e.g. people in a Google circle or a facebook group) so that it will clean all the houses of the people in your circle. Like a cleaning person it will travel to different houses and will clean those places.

A particular nice vacuum cleaning robot is the Kaercher (see movie). At 1:38 we see why: “der Accu wird geladen, der Smutz in die Station abgegeben“. So it dumps the dust in the docking station, isn’t this great?! Basically, we don’t have to vacuum clean anymore… I say, buy a vacuum robot!

The next annoying thing that people still have to do is bringing their garbage bin (Kliko) to the street. So why not building self steering Klikos that drive to side of the street or to a central garbage collector by themselves when they are full. They can use GPS and other sensors similar to the vacuum cleaner to find their way.

In the a central garbage collector scenario the Klikos drive to this central garbage container somewhere in the street and then empty themselves (like the Kaercher). The central container can be burried underground so that the Kliko can position itself above it, the bottom flaps open and the Kliko is emptied. 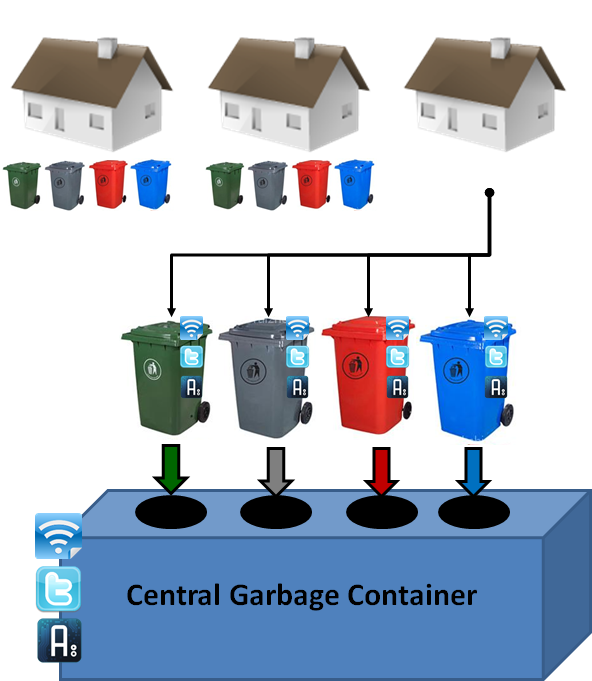 In an alternative scenario, all kliko’s just drive to a specific place (somewhere along the street) at exactly the right time. The collecting time is send to the Kliko’s by the city garbage collecting planning system. So when the garbage collector car drives into the street they will all be waiting to be emptied. 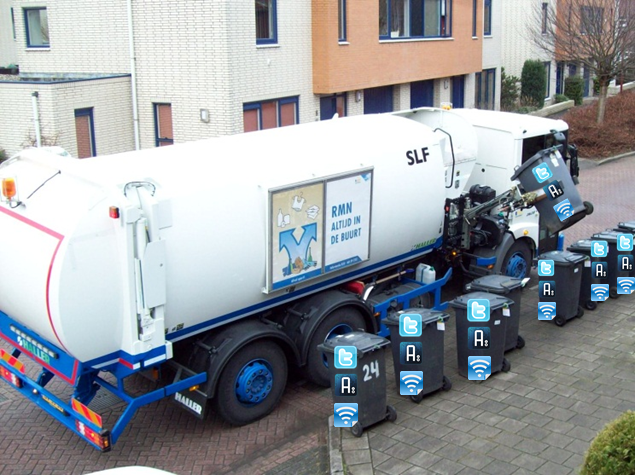 When a Kliko is tumbled over or dragged away from the normal route, the Kliko’s GPS and Gyroscope sensors detect this and immediately informs the owner of the Kliko that someone is haressing it.

This entry was posted in News, Use Cases. Bookmark the permalink.

One Response to Collecting Garbage