On 4th of July I was invited by Juha van ‘t Zelfde of VURB to give a presentation on Geographical aspects of the Internet of Things at the Visible Cities meetup event Amsterdam. Visible Cities is a long-running evening (since 2009) on cities in the age of ubiquitous networks. Visible Cities is organised by VURB, in collaboration with De Verdieping and Stad-Forum. It is made possible with generous support from the Amsterdamse Fonds voor de Kunt and the Stimuleringsfonds voor de Architectuur.

It was nice that Willem could join me and contributed to the discussion after the presentation on subjects like artificial intelligence and face recognition. There were also interesting presentations from Matt Jones from BERG, London (via Skype) and Matt Cottam from TELLART, Amsterdam. Matt showed some really interesting IoT projects, I particularly liked the Blue Dot|Mono marketing stunt involving GPS tracking of designer chairs.

Inall, it was a very nice evening with great discussions on Geo, IoT and smart cities! 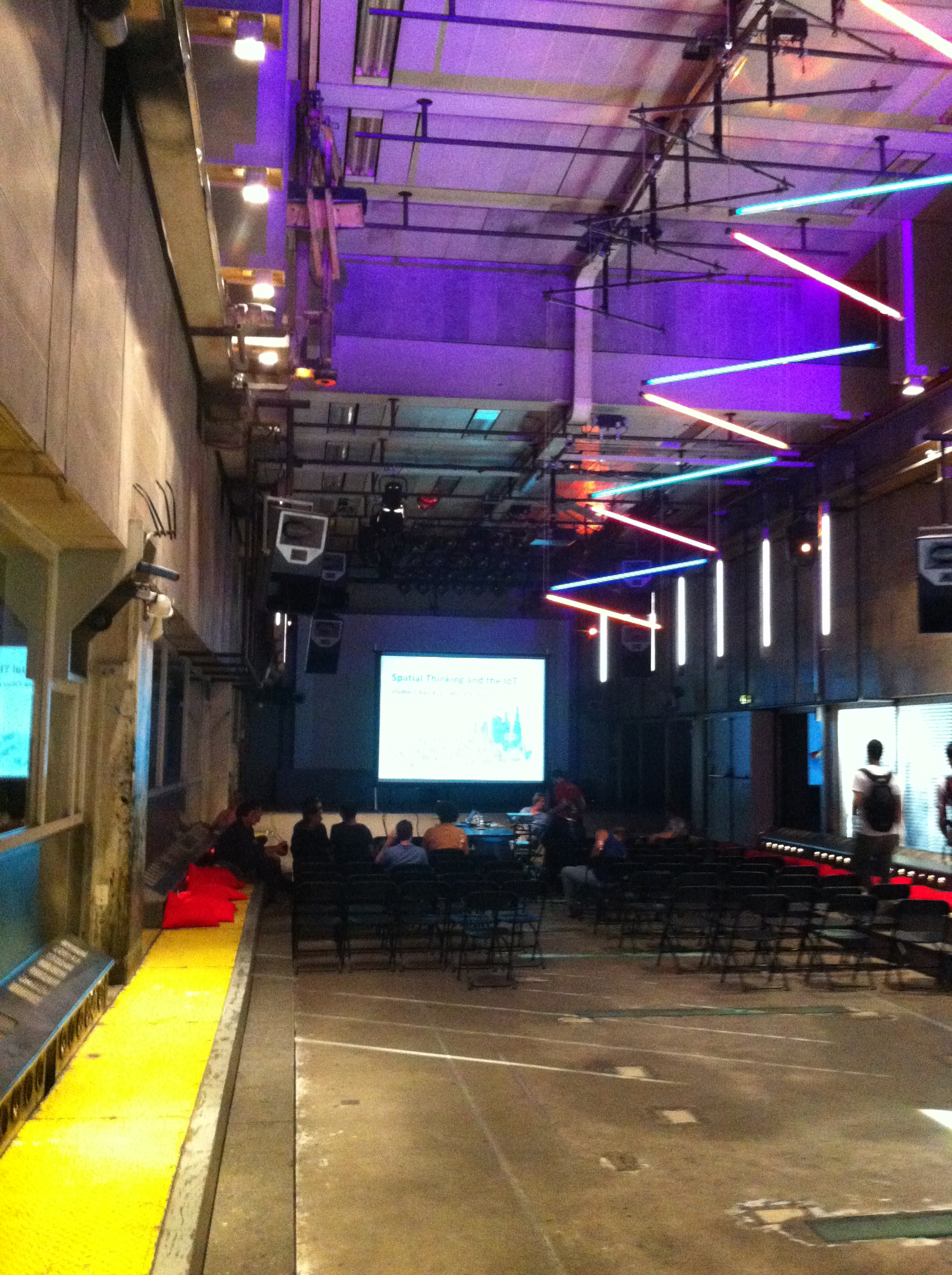